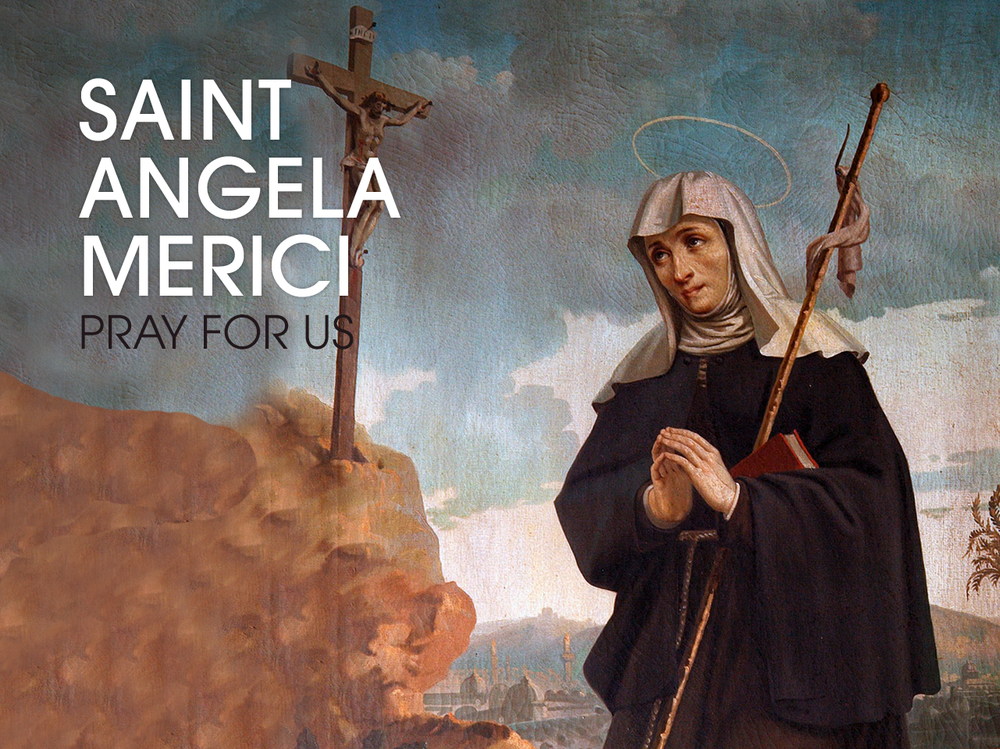 Saint of the Day

St. Angela Merici (1474 – 1540) was born in the region of Lombardy, Italy. Her deep piety drew her to make a private vow of virginity at a young age. Her parents died when she was ten, and soon afterwards she lost her sister with whom she was very close. Angela went to live with her uncle, and, despite lacking a formal education, she grew in wisdom and virtue. She committed herself to prayer, penance, and serving the poor, eventually joining the Third Order of St. Francis at the age of fifteen. When her uncle died she returned to her home, and, seeing a great need for the education of young girls in the Christian faith, began a school for girls in her house. She daily gathered all the little girls of her village and taught them the faith. St. Angela became known for her holiness, and soon she was invited to establish another school in a neighboring town. One day while in prayer she received a vision that she would start a religious order intended for the religious education of girls. This was realized when St. Angela founded the Ursulines under the patronage of St. Ursula. St. Angela Merici is the patron saint against illness, death of parents, and of the disabled and handicapped. Her feast day is January 27.