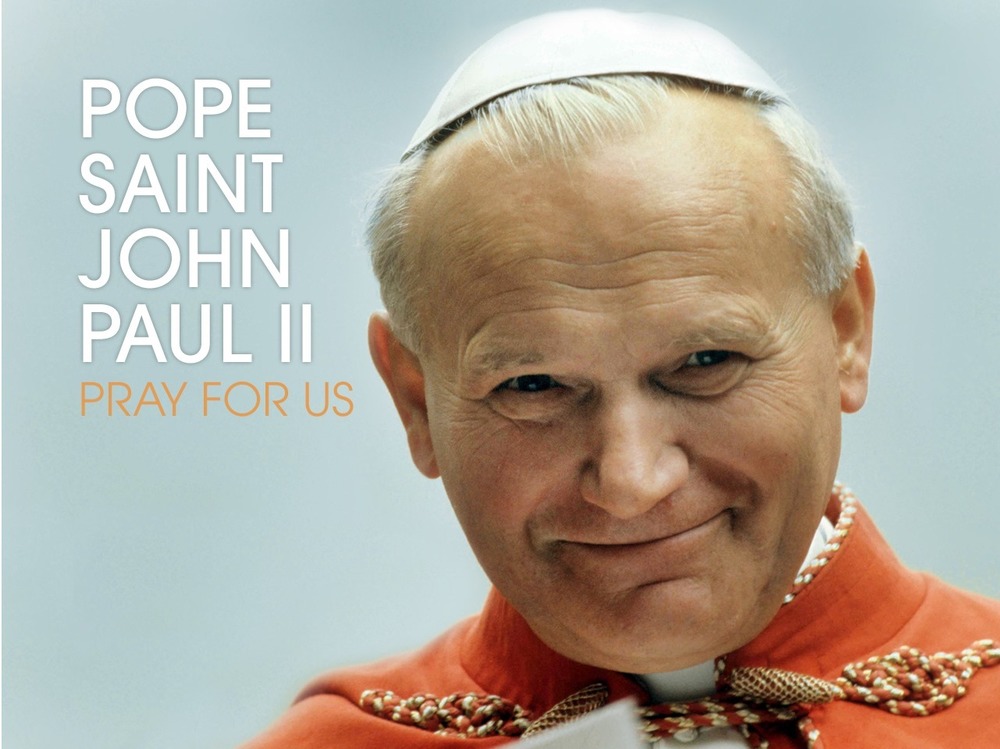 Saint of the Day

Pope St. John Paul II was born in Poland and was a vibrant, athletic, and intelligent child. His deeply religious father played an important role in his spiritual formation after his mother's death when he was 8 years old. He studied literature, poetry, and theater before his studies were interrupted by the Nazi invasion of Poland in 1939. He answered the call to the priesthood, and after entering a clandestine seminary was ordained in 1946. He completed his doctoral studies in Rome and returned to Poland where he ministered in a special way to young people. He was ordained a bishop in 1958 and attended the Second Vatican Council in 1962. He is well known for his leadership in encouraging a spiritual and cultural resistance to the Communist occupation of Poland. He was elected Supreme Pontiff in 1978, the first non-Italian pope in over 450 years, and had the second-longest pontificate in history. He was a remarkable theologian and philosopher and a guardian of orthodoxy. During his time as Holy Father he gave a multitude of important contributions to the Church including his teaching on the Theology of the Body, his emphasis on the Universal Call to Holiness, and his strong devotion to the Virgin Mary. He is also known as the "Pope of the Family." During his pontificate he beatified 1338 people and canonized 482 saints. He also visited 129 countries, making him one of the most well-traveled world leaders in history. He was canonized by Pope Francis in 2014. His feast day is October 22nd.